Guys and Dolls: Elton John gets his own Barbie 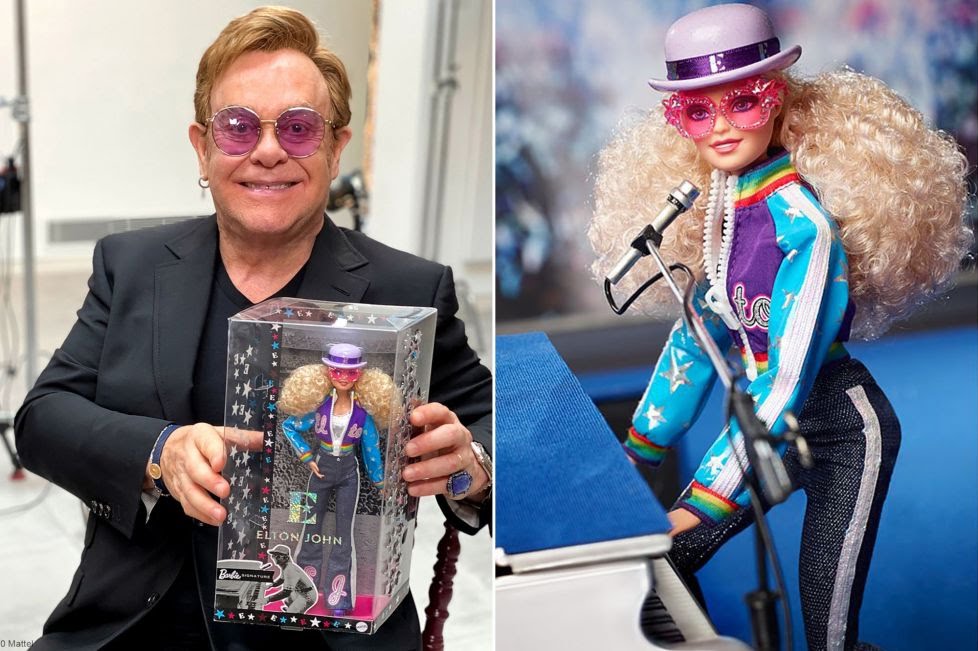 Barbie will now be able to see the world through Elton John’s rose-colored glasses.

Iconic singer-songwriter John, 73, has teamed up with Mattel to debut a new limited-edition Barbie doll in his honor.

The “Tiny Dancer” doll is being released to coincide with the Rocketman’s 45-year anniversary of his record-breaking concert at Dodgers Stadium in 1975 — making it the largest single-artist concert in history at the time.

“Barbie is an icon in her own right, so having her pay tribute to my work and personal style is a real honor,” John said in a statement to Rolling Stone. “I hope that she inspires fans everywhere to fearlessly pursue their own dreams and limitless potential.”

Available at Walmart, the 12-inch blonde doll will take on the full Elton persona, complete with a rainbow-detailed bomber jacket and flared denim pants with the initials “E” and “J” emblazoned on the front of each leg, respectively.

Of course, John’s iconic rosy shades and signature bowler hat are included in Barbie’s accessories. Also in the box is a doll stand and Certificate of Authenticity for the collectors among us.

“This collectible Barbie doll is a bold collaboration that personifies two cultural icons and honors the extraordinary artistry and musicianship of a stellar performer,” reads the Walmart product description.

The Elton John Barbie — complete with a bedazzled collectable box with a doll stand — retails for $50.