For children of color, seeing themselves mirrored in their toys can be quite magical and comes with a huge sense of pride.

That especially rings true for dozens of young Black girls across the country whose cultural identity has been connected to their new curlfriend, Zoe. She’s a doll who rocks her natural hair from the toy company Healthy Roots Dolls, which specializes in multicultural children’s products. 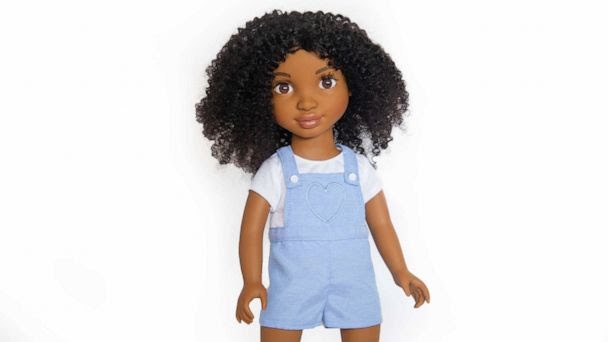 A doll named “Zoe,” who rocks her natural hair, is part of the Healthy Roots Dolls company and is empowering young Black girls across the country.

Zoe, the company’s first doll, sells for $79.99 and is built with lifelike facial features and specially designed hair.

I never really had a doll like me growing up

Jean-Charles said that she struggled with embracing her own natural hair all the way into her college years while she was a student at Rhode Island School of Design.

There, she studied illustration with a concentration in race and gender sexuality and, ultimately, came up with the idea to start the business, which has a mission of empowering young girls and bringing diversity to the toy industry.

“I wanted to create a doll that not only has the cute nose and the full lips … but the beautiful kinky hair, in a way that allows them to also style and learn to love their natural hair,” Jean-Charles said. That’s why the Queens, New York, native includes hair tutorials online on how to do braids, bantu knots and more.

“My mom did a really great job with my hair and she would do these beautiful patterns … but it was a struggle not seeing women with the same hair, not being celebrated as beautiful or even dolls that had that,” she said.Courtesy of Healthy Roots Dolls 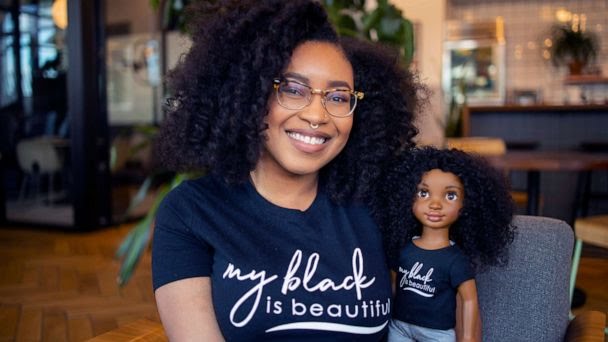 When Kennedy Dream, a 7-year-old girl from Atlanta, first got her doll, she was overjoyed. Not only does she enjoy the chance to do her doll’s hair regularly, but to also dress up with matching sets sewed by her grandmother. 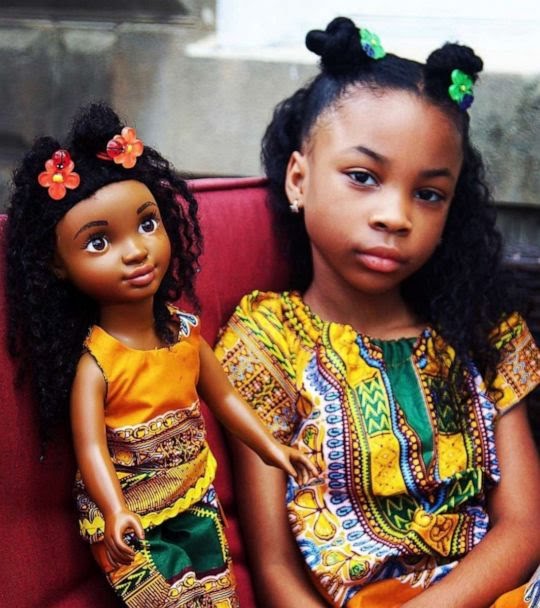 Kennedy Dream, 7, of Atlanta, poses alongside her curlfriend, “Zoe,” from the Healthy Roots Dolls company.

“I love the representation of little Black and brown girls with dolls for my daughter to have a part of her childhood. She needs to see the beauty and strength in being a little Black girl,” Dream’s mother, KiKi Ely, said.

She needs to see the beauty and strength in being a little Black girl.

For Zoey, a 4-year-old girl who lives in Indianapolis, her doll holds a special place in her heart. Not only because she shares her namesake, but also because she gets to interact with a doll that resembles her in many ways. 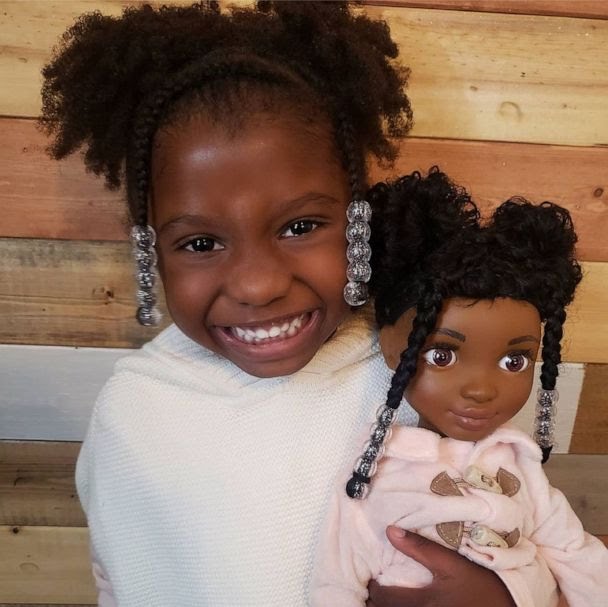 Zoey Jaynia, 4, of Indianapolis, Indiana, smiles alongside her curlfriend, Zoe, from the Healthy Roots Dolls company.

“I think her favorite part is being able to actually do her hair. She’s already gotten really good at giving her doll twists and loves to do her doll’s hair every Sunday while I do hers. Hair day is a big day around this house and our Zoey and Zoe doll often end up with matching styles,” Zoey’s mother, Jayette Horan, said.

Horan said she believes that representation is crucial to her child’s upbringing, especially in an interracial household.

“It is imperative that our daughter not only be able to see herself in books, movies, in peers and mentors, but also in the toys she plays with. It’s exponentially more important that we seek out that exposure as white parents raising a Black child,” Horan told “Good Morning America.

In addition to sharing online tutorials, Healthy Roots Dolls also previously partnered with the company, My Black Is Beautiful, as a way to teach youth about fun hairstyles, which included temporarily packaging the doll with a T-shirt for both the figurine and child along with a Curl Care Kit with a variety of hair products.

“When I designed her, it was really about doing more than just painting a doll brown, but creating an educational play experience,” Jean-Charles said.

Sariah Prather, a 7-year-old girl in Cedar Park, Texas, said she fell in love with her Zoe doll almost instantly. 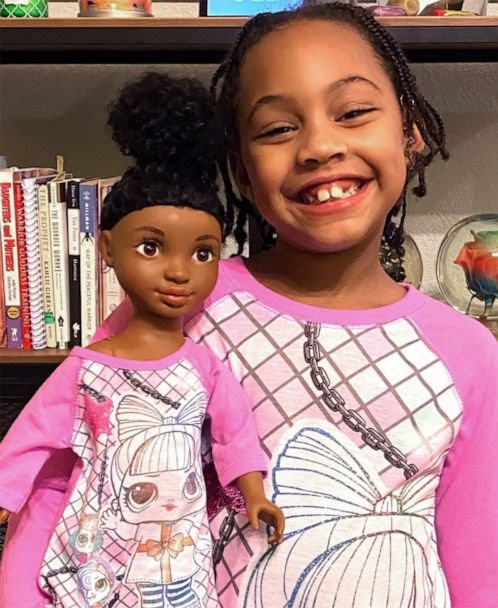 “We live in a predominantly white community and unfortunately Sariah doesn’t see a lot of young girls that look like her. It’s important for me to teach my daughter to love herself,” Sariah’s mother, Clara Prather, said. “Zoe serves as a daily reminder to love your Blackness and your natural hair. That doll helps build my daughter’s confidence without her even knowing.”